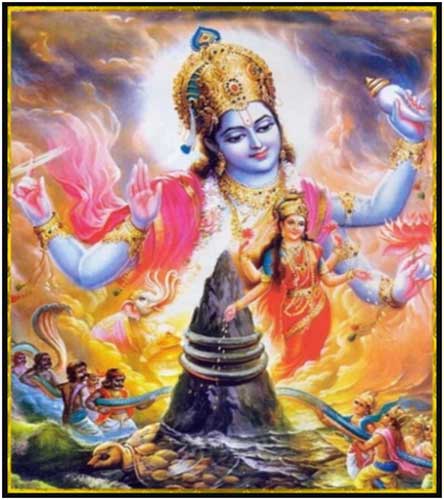 Ashtapadi 1
Ashtapadi 3
Ashtapadi 4
Ashtapadi 1
This first ashtapadi of Gita-Govinda is in the praise of Lord Vishnu/Krishna’s ten incarnations –
1. as the deliverer of the Vedas (Matsya-the Fish),
2. the upholder of the world of moving and stationary living beings (Kurma-the Tortoise),
3. the savior of Mother Earth (Varaha- the wild Boar),
4. the slayer of Hiranya-kashipu (NaraSimha – the Half-Lion and Half-Man),
5. the deceiver of Bali (Vamana – the Dwarf),
6. the destroyer of the ksatriyas (Parashuram),
7. the conqueror of Paulastya/Ravana (Rama),
8. the wielder of the plough called Ayudha (Balaram),
9. the advocate of compassion (Buddha) and
10. the slayer of the barbarians (Kalki) 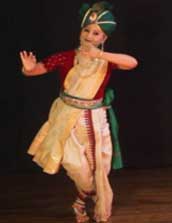 Manipuri
Ashtapadi 3
Once, in the splendid spring season, when Radhika was pining for Krishna, she began to search for him in one forest grove after another. Her elegant, young limbs, soft as madhavi flowers, grew weary and Cupid made her mind delirious with anxiety. At that time, her sakhi (confidante/intimate friend) lovingly addressed her in this song saying that Hari is also dancing in this forest bower with his Gopis when the spring is in full bloom & while being immersed in a festival of love. 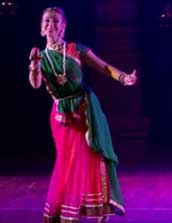 Kathak
Ashtapadi 4
Radhika’s sakhi expertly searched for Krishna and saw that he was nearby. He was immersed in joyful pastimes with beautiful Gopis, who were receiving him with the utmost respect. A need for delightful, sensuous pastimes suddenly awakened in Krishna’s mind when the Gopis showed their eagerness to embrace him. Pointing out this scene to Radha, the sakhi spoke to her in this verse. 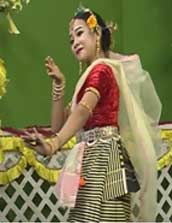 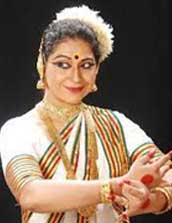